Home / THE SALON SESSIONS: SEEKERS OF THE TRUTH

THE SALON SESSIONS: SEEKERS OF THE TRUTH 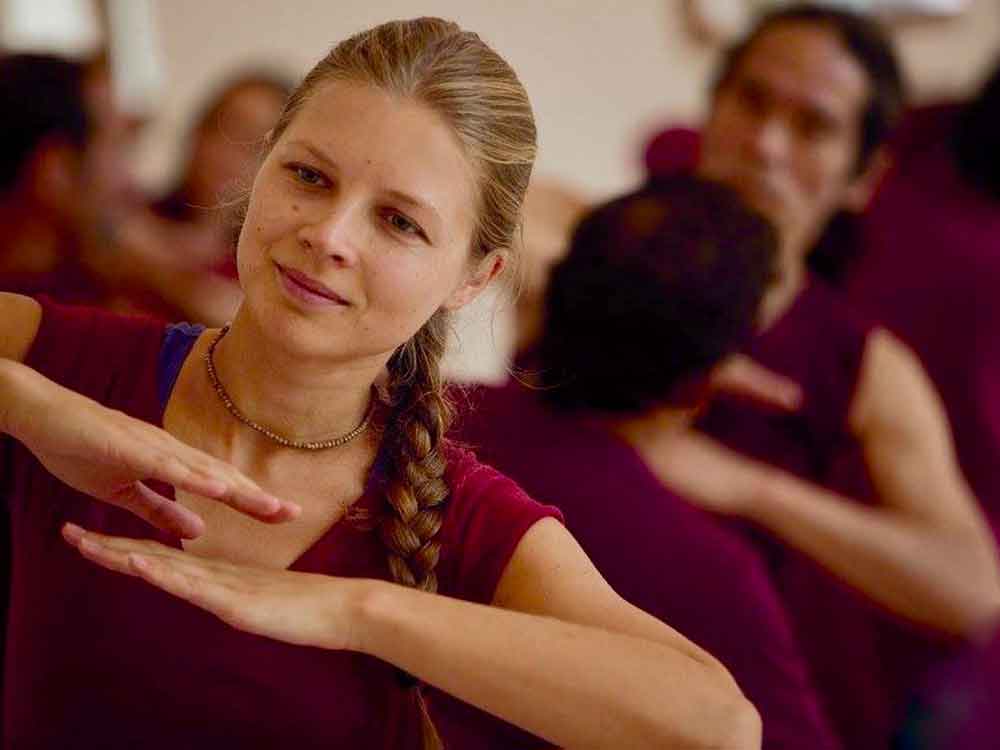 We are very happy to invite the pianist Maria Testa and the Camino 4, a dance troupe from Malaga, for our first concert of the year.

On Saturday 23rd of March we invite you to listen, contemplate and feel the “Dances and Sacred Hymns, Prayers and Rituals” on a music composed by George Gurdjieff and Thomas de Hartmann

The Movements or Sacred Dances, together with the music of G. Gurdjieff, are the two pillars on which is based the understanding of the philosophy known as “The Fourth Way”, developed by this Georgian philosopher at the end of the 19th century and beginning of the 20th century.

George Gurdjieff (1866 – 1949) made reference in his writings to the fact that humans hold three different brains: the physical, the intellectual and the spiritual, referring to the capacities and innate intelligences in each of these functions. The work of the Sacred Dances is focused on finding a way to develop the three brains in a harmonic way and to create a relationship between them.

One of the most unknown facets of George Gurdjieff’s unclassifiable personality (1866 – 1949, teacher, philosopher, guru, adventurer, writer, mystic, shaman), is his musical side.

Through his disciple Thomas de Hartmann, he collected a multitude of songs and melodies of Armenian, Turkish, Russian, Orthodox, Greek, Kurdish, Persian and Slavic heritage. Gurdjieff was not a professional musician, he didn’t even play the piano. It was his disciple Thomas de Hartmann (1885 – 1956) pianist and composer, who helped the master to transcribe his music to the staff of Western musical notation, thus creating a very important music archive which would then become the necessary catalyst for the development of the transmission and understanding of his spiritual, philosophical and aesthetic legacy.

Seekers of the Truth

Concert will take place in the living room in La Donaira with a special setting on Saturday 23rd March 2019.

Tickets are €30 includes drinks and shuttle transport from La Posada (Calle La Fuentes, 49), El Gastor. Tickets can be paid for at La Posada on the day, but owing to limited availability, should be booked in advance. Transport 21:00 (from La Posada to LD). Booking: info@ladonaira.com