THE OLDEST LIVING BEINGS IN THE LAND

In every landscape there are a few natural features whose importance is so great that they function like the keystone on an arch, without which everything would fall apart, hence the term designated to them by the science of ecology: keystone species. At La Donaira, one of the most striking such examples is the native evergreen holly oak (quercus ilex) known as the encina.

The encina is an edible-acorn oak that has fed humans and livestock for millennia. At some point sweet selections were made from the bitter ancestor, and the process of domestication began. Today the acorns are largely free of bitterness and are produced consistently in large amounts every year, at least among good varieties in the subspecies ballota. They can be eaten roasted like chesnuts, ground for flour, pressed for oil, or fed to livestock such as the famous Iberian pig, the pata negra. Because of these characteristics, the encina has been called a super-oak. The roots reach up to 30 meters deep down to bedrock strata where underground water can be accessed at the height of the annual 4 month long summer drought; pumped up into the shallower topsoil, this moisture is shared with surrounding vegetation – a biological irrigation system that also stabilises slopes, preventing erosion. The rhizosphere of the oaks also support a population of mycorrhizal fungi which produce a variety of delicious edible mushrooms such as morels, together with the prized black truffle, which originated in Southern Spain and spread north into France during the end of the last ice age. The natural cavities of fallen or pruned branches provide homes for colonies of wild bees, bats, and birds. The pollen produced by masses of flowers in spring provides nectar for clouds of insects. The acorns leftover by humans and livestock feed wild pigs, deer, mountain goats, rabbits, field mice, and scores of other creatures. It is a prime example of what can be achieved by a culture based on perennial staple crops: an aesthetically pleasing, spiritually nourishing, gastronomically excelling, ecologically thriving, permanent agroecosystem supporting a wide diversity of wildlife, providing shade and greenery year-round, as well as a host of world-class food products. 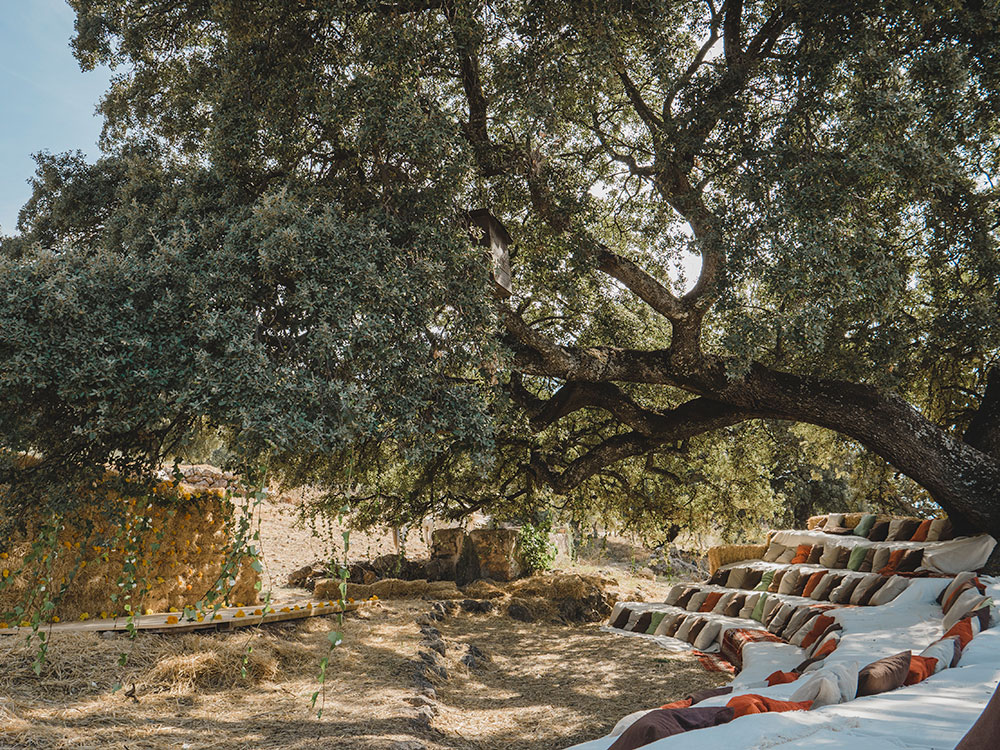 The scale of permanence of the encina, compared to the annual staple crops such as wheat, maize and rice that dominate industrial agriculture around the world, is truly staggering. A single tree can live more than a thousand years, and the oldest specimen at La Donaira, which forms the centrepiece of big events on the farm such as weddings and music festivals, is 700 years old. The development of this remarkable oak is a testament to the depth of vision possessed by generations of farmers in this part of the world, a form of concern for future generations worthy of admiration and respect, and giving rise to the traditional expression: a man plants an orange tree for himself, an olive tree for his children, and an oak tree for his grand-children. That, in a nutshell, says it all. 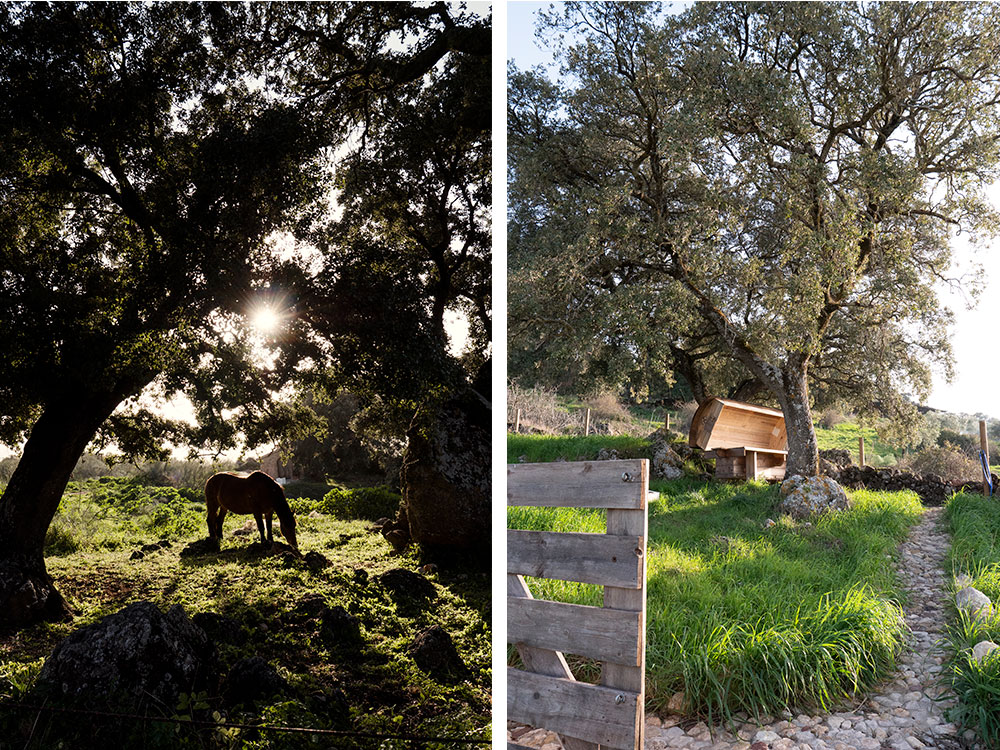