I, TOO, AM A VEGETABLE 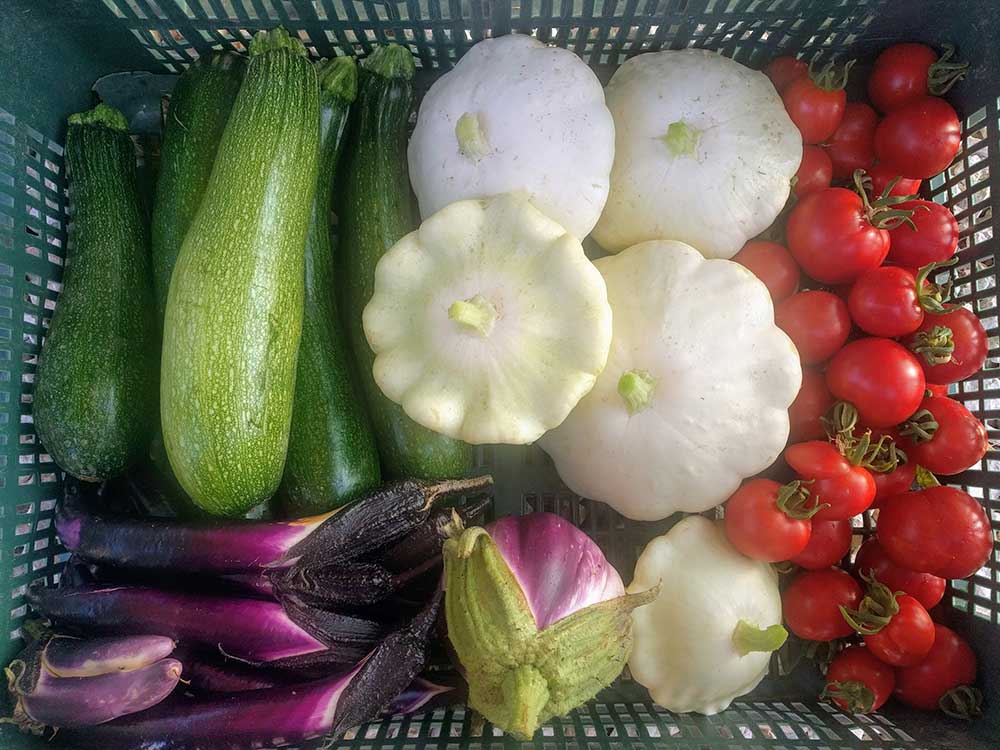 “If you eat, you are involved in agriculture”

As the summer season has drawn to a close, I present a short piece on some interesting facts about the crops that grew abundantly on our garden and provided us with some of the nutrients, minerals, and vitamins that helped sustain us during a very hot and dry season.

Today, the tomato is a critical and ubiquitous ingredient of worldwide cuisine and Spain produces 35% of the European tomato production. It was introduced by Spanish colonizers returning from Mexico in the 18th century. Production of the fruit is all year round but the best months are during summer. One of the main areas where tomatoes are grown is in greenhouses in Almería that can be seen from space and are locally referred to as “The Sea of Plastic”. This “sea” grows food all year to a great environmental and social cost.

Eggplant has been cultivated in the Asian Subcontinent for thousands of years.  It is believed it was introduced throughout the Mediterranean land by the Arabs during the Middle Ages. The name comes from the early European cultivars because the fruits were small and yellow or white resembling an egg. Eggplant is a staple ingredient in many dishes in Sicily, where it is regarded as the “meat of the earth”. We cultivated 2 different varieties: The Japanese eggplant, long and lean and the Graffiti eggplant round and adorned with beautiful white streaks.

It is estimated that people in Central America started using squash around 13, 000 BC. At first it didnt have much flesh and was very bitter so it was hollowed out and used for water storage.

The earliest known evidence of their domestication dates back nearly 10,000 years ago, which predates the domestication of both beans and corn. Zucchinis and Patty Pans adorned the landscape with their dazzling golden blossoms. Countries like Mexico and Italy harvest the blossoms to use in different regional plates but a little knowledge of the plant´s reproductive biology is needed because in order to ensure fruit, you need to know when to pick squash flowers and which ones to pick.

The cucumber originated in India, where its wild ancestor may still be found in the subtropical valleys of the Himalayas. This ancient cucumber was bitter as a protection against animals eating it before it got ripe. Cucumbers were first brought under cultivation in the Indus Valley, but quickly spread into China and the Near East by the seventh century B.C. The Lemon Cucumber is round with bright yellow streaks, and was introduced in the early 1890s as a novelty. This variety is more resistant to fungus disease,  is highly productive and tolerates drought.

The Armenian cucumber which is a not really a cucumber but a variety of melon was first bred in Armenia in the 15th century and spread with immigration to the New World. Jajik is a traditional Armenian dish that commonly uses Armenian cucumbers, yogurt, garlic and mint; perfect for hot summer days—refreshing and nourishing.