As we pass the mid-winter mark we reflect on the changing of the seasons. The sun is low in the sky, many of the trees have lost their leaves and every living thing is gathering its strength for the season to come. Above ground, it appears that not much is happening, yet below the soil our various biodynamic preparations are undergoing a process of humus formation, mineralization, and decay. These preparations have been underground since Autumn and will be dug out in the Spring.

Biodynamic preparations are created from plants, animal waste and minerals that are fermented over an extended period of time. The substances created through the fermentation process will be mixed in small quantities with compost and can also be applied directly to the soil itself or to the plants being grown. They are used to enrich soil quality and stimulate better plant growth. These preparations are the heart of Biodynamics, a holistic and ecological approach to farming which builds rich soil using integrated livestock, cover crops, farm-generated compost, and crop rotation. The farm is approached as an integrated living organism and is rooted in the work of philosopher and scientist Dr Rudolf Steiner who in 1924 delivered a series of lectures to a group of Austrian farmers who had asked him for help after noticing a decrease in their yields and reduced quality in their crops.

To put this into context, farming was in a transition period that would change the way we think about agriculture forever.  Just before World War I chemical fertilizers were developed and after the War many factories sprung up and started selling their products to farmers. The fertilizers were believed to be the answer to depleted soils and poor harvest but this is when the whole problem started instead of being solved. Steiner, with his acute intelligence and vision was the first person to articulate a regenerative approach to farming which not only forbade the use of chemicals but developed new methods rooted in the sustainability of soil–tending. Today Biodynamic farming is on the rise and a much needed antidote to Industrial Agriculture which is bad news for farmers, local economies, public health and our environment.

Obtained by the transformation of high-quality cow manure that has been put into cow horns and buried under the earth for the winter period. After digging it up it is mixed with water and used as a field spray which promotes plant growth through increased root activity and increase in soil life through beneficial bacterial growth. 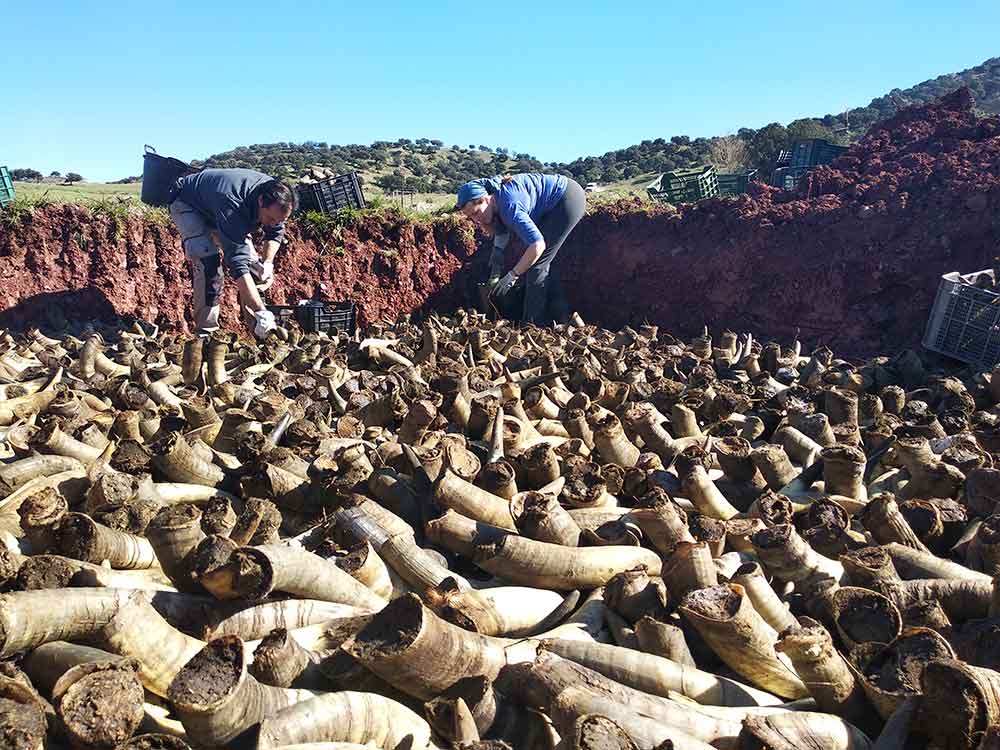 An infusion is made with chamomile flowers and inserted  into a cows intestine and buried under the earth for the winter period. This preparation activates the soil’s nitrogen. Used homeopathically, one teaspoon treats 10 tons of compost. 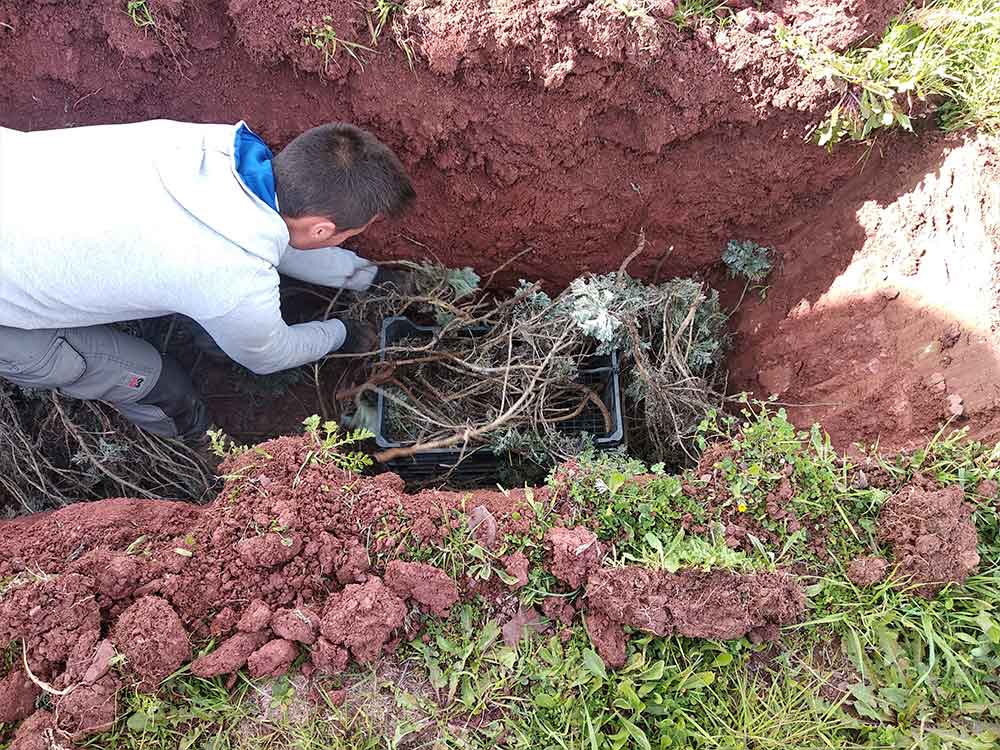 Bark of an oak tree is mixed with water and introduced into the skull of a domestic animal. It is buried under the earth for the winter in a humid area. This preparation helps calcium and phosphorus work its way into the earth. Used homeopathically, one teaspoon treats 10 tons of compost. 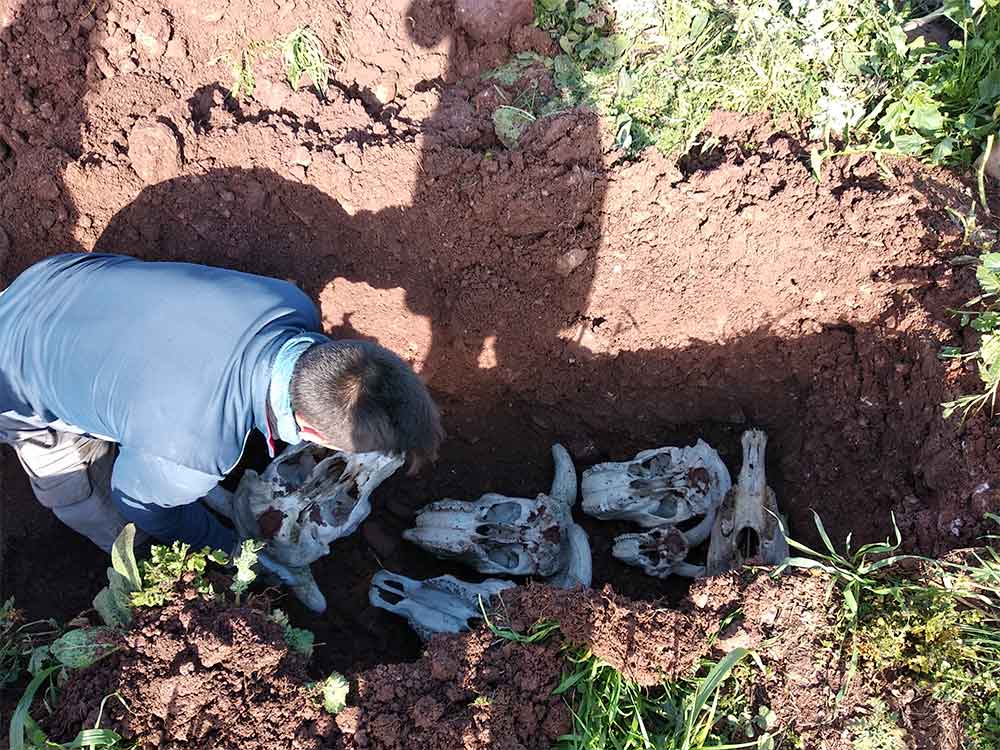 Created from dried dandelion flowers and wrapping them in a piece of mesentery (membranous layer of the abdominal cavity of a ruminant animal). It is buried under the earth for the winter in a sunny and hot area. This preparation is used to activate soil silica and potassium. Used homeopathically, one teaspoon treats 10 tons of compost.

Developed by Maria Thun, the preparation mixes  fresh cow manure collected from our herd of Pajuna cows grazing on good organic pasture. The fresh manure is mixed with ground eggshell and basalt dust, and inoculated with biodynamic compost preparations, then placed in a pit to undergo aerobic decomposition for eight weeks. It is a general fertilizer that promotes the life of efficient microorganisms, plant growth and strengthens plants against pathogenic fungi.