Home / FROM BEEKEEPER TO BEELOVER: AN INTERVIEW WITH JONATHAN POWELL, PART 2

FROM BEEKEEPER TO BEELOVER: AN INTERVIEW WITH JONATHAN POWELL, PART 2 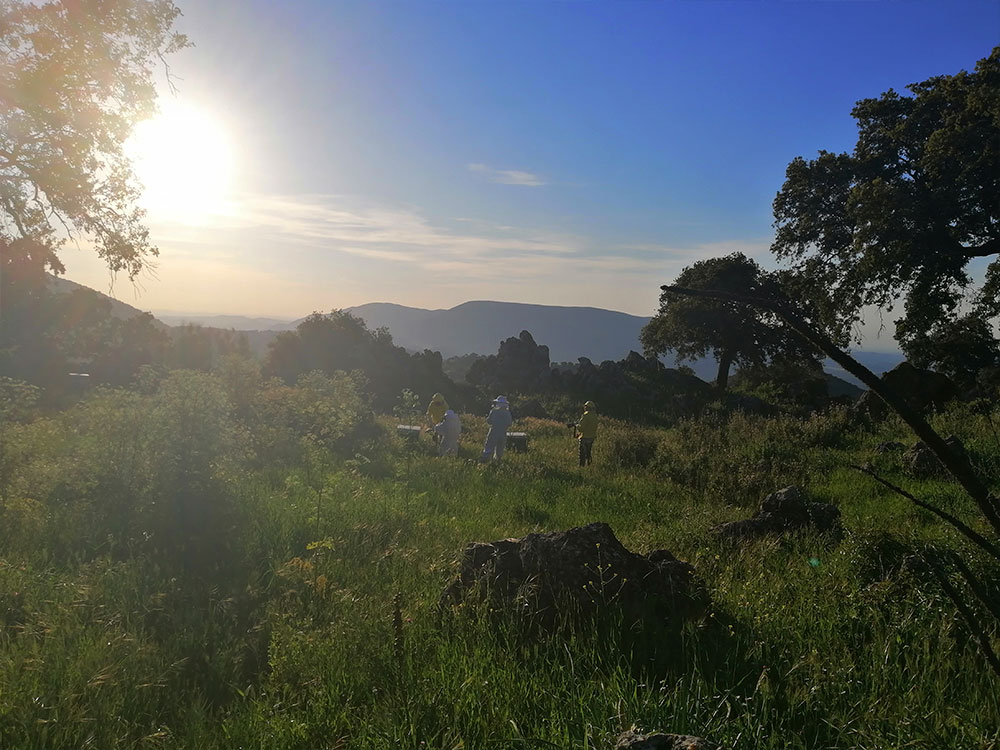 In this second instalment of our conversation, we discuss the limitations of mechanistic, reductionist perspectives, and the importance of intuition and imagination in the love of all “bee-ings”.

If you think about it, the bees have been here for at least 30 million years. There is a fossil of a bee 30 millions year ago and so there is an argument to be made that they are a far more evolved species than us, and in fact any species that can live in the world for so long without going through an extinction event is just incredible. There are very few species that have done this, particularly once you get above the microorganism level, so there is something special there. We take great pride in our science, but I think we need to be a lot more critical about our science and our progress.

The problem is, it seems to me, whenever we have scientific progress, we often forget about all the negatives that come along with it. The classic example is the nuclear power industry in the 1960s. You would see these headlines like ¨LIMITLESS POWER THROUGH SCIENCE¨ and there were all the logos of electrons spinning around nuclei. “White heat” was a phrase used for industry, and everything was positives, it was all positives, positives, positives, but there was no scientist saying we have no solution for all the nuclear waste that we produce, and that is just one example of almost everything that humans do.

We jump in and we make this progress, but we always have this subtraction, this going backwards as well. We still do not have a solution to nuclear waste after all of these years. So we must be critical of science and applied sciences, and what science has actually done, and then consider the bee, this evolved being that has not gone through an extinction event. When the bee is industrious, when it is collecting its food and making its home, there seem to be no negatives, in fact, completely the opposite, there seem to be positives: there´s the pollination, the fertilization, and how, when it goes within the hollow of a tree, which is effectively a wound inside a tree, it lines the inside of the tree with a healing propolis that stops the development of the cavity which would ultimately destroy the tree. You can say they are far more evolved than us because they have learned how to be in this world and be industrious and at the same time be positive, whereas with many things that we do there is so much destruction.

It´s quite an inspiration to think about that. You can see this in many animals, but I think there is something special about the bees because we spent the whole day just talking about them and how things work in the hive and we hardly touched on any of the knowledge science has accumulated about them. Even more incredible are all the things that we don´t know about the hive. I think not knowing is a highly undervalued experience, and can actually be a brilliant starting point. I was taught beekeeping when I was 10, and all through my life I´ve been learning it, and then I got into natural beekeeping. One day my wife just turned to me and said:

“Jonathan, do you feel the bees?”

and I said, “Well yeah, I know all about them”, blablabla, and all this knowledge that I had, and then she did the devastating thing of asking the question a second time –

“Jonathan, do you really feel the bees?”,

and then I knew at that instant what she was saying, that all of this knowledge counted for nothing…

We had an experience with the bee bed yesterday with someone who knew nothing about bees. I took her through a meditation about the life in the hive, the darkness, the smell, the vibrations, the communications, the scale, and then she just went in the bee bed and she just meditated. She doesn´t know anything about bees, but she used her imagination and meditated on the bees, and when she came out her face was transformed, her whole experience was transformed: at that point in time, she had become a better beekeeper than I was!

At that point, at that second, she was a top, top beekeper. I don´t like the word beekeeper. Bee person, bee experience: anyone can achieve that, but it comes not from a point of knowledge, it comes from a point of not knowing, but observing, feeling and being with the bee-ing…

We use the word bee-ing, a german word, to describe the bee because when you look at the colony, its not an individual bee, and it´s not three castes of bee, male bee, drone, worker bee. There is also female bee and queen, but it´s not these either. It´s not the ball of bees inside the hive, because without the comb there is no hive, so the comb must be part of the colony, and the comb forms the womb in which the young are reared, but it´s not just that. It is also the propolis which surrounds this wax (resinous substances mixed by some magic alchemy of the bee enzymes from the plants of the surrounding landscape which cover the inside of the hive and provide protection against fungus and infection), that skin, as we call it, which is lovingly maintained by the bees constantly, day in and day out with additional oils from the environment to keep its properties flexible and alive. And then there is the atmosphere in the hive, which has to be perfect around the actual individual cells where the babies are growing. The humidity needs to be high otherwise the larva will die, and yet only 5 cm, 10 cm away, is the honey where the humidity has to be low so that the honey can get to 18 to 19% humidity before its capped, so that is also part of the hive. It´s almost as if the air is the blood that flows through the skeleton of the comb sitting within the propolis, and that propolis allows the atmosphere to breathe in and out of the hive, maintaining this stable temperature and pressure of water vapour…

And then you think, well, this structure in which the skin is attached to the actual tree itself – that too is part of the bee-ing, and then also the tree: a tree without a forest around it is isolated, a tree we know communicates with other trees through its roots, when you have a forest they work together so that in a very high wind, the trees work together to protect each other. A single tree in a field is easily knocked over by a strong gust of wind, yet within a forest they work together, so there are so many layers it´s really hard to say that a bee is a thing with six legs and wings and antenna, it is a forest, it is the roots, it is the earth, it is the sky, it is the flowers and (yeah, I´m getting carried away!) this is what we need to see and feel. Unless we see and feel these things, we won´t protect them. If we just see a forest as something that could be bought for a sum of money then, it is no different to anything else that can be bought for a sum of money. It could be a Ferrari, if it has the same value as a forest. We say this Ferrari costs 100 000 pounds and this area of woodland costs 100 000 pounds, so we make them the same, but they are not the same. A Ferrari and a forest are not the same, and we are in danger of putting a value on everything but appreciating neither the forest and the trees nor the electrifying pace of the Ferrari. We will protect these things if we grow to love them, and that would be my mission: to share the love of bees, and as bee lovers we talk about the love of the bee-ing, which is the whole environment really.