Home / THE WILD-SIDE OF PARADISE

THE WILD-SIDE OF PARADISE 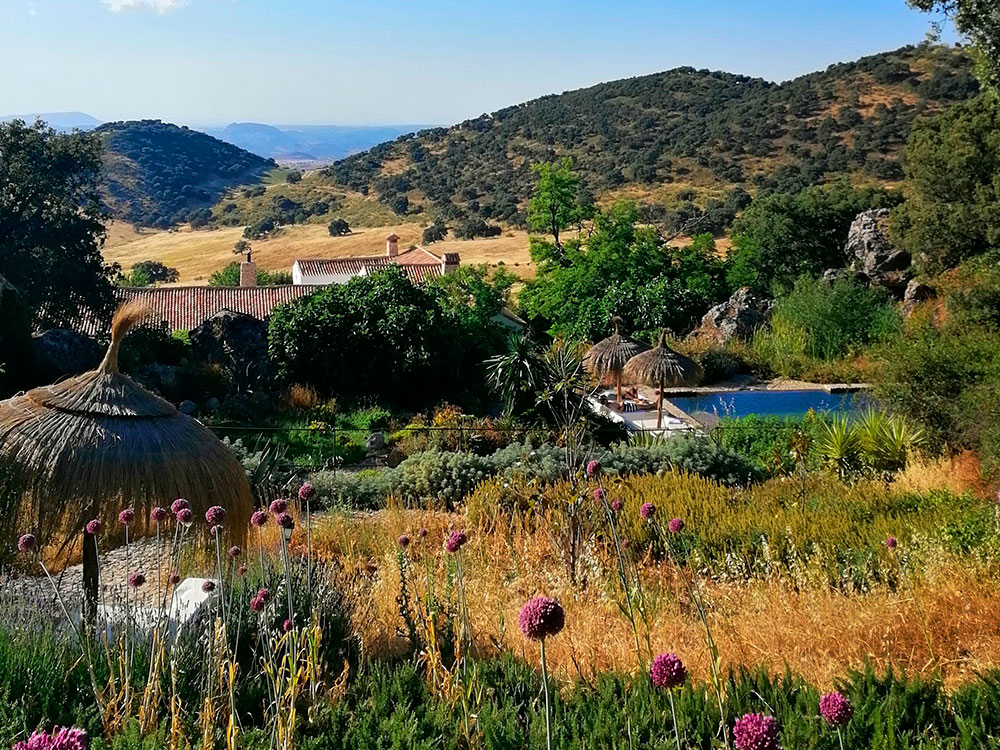 Springtime is a wonderful time of the year to enjoy the gifts of nature. The mountainside cloaks itself in a throng of wildflowers poking up from their winter slumber and provide us with myriad hues, shapes, and textures that intensify the vitality of already lush meadows, stream-sides and understories. Below is a showcase of a small fraction of wonderful flowering plants that occur across our heavenly mediterranean corner in all their blooming glory.

Few flowers are so emblematic and recognizable as the field poppy. Evidence shows they were grown as ornamental plants in Mesopotamia circa 5,000 B.C, and today the poppy is the enduring symbol of remembrance of the First World War.

This stunning plant has been used since antiquity as a cold remedy by making tea from its leaves. Leaves can also be used as a poultice to sooth sunburns and other skin irritations.

An interesting historical fact is that the spike-like flower cluster of the common mullein was dipped in grease and used as torches during Roman times.

Bugloss comes from Greek and means ox tongue in reference to the shape and rough texture of the leaves. Echium is the Latin name for this plant. It is derived from echis which means viper in reference to (a) the nutlet shape which resembles the head of a viper and (b) the ancient medicinal use of the plant root as a treatment for snakebite.

Historically, Queen Anne’s lace has had many uses. An extract from the root has been used as a yellow colouring for butter and oil from the seeds is used in perfumes. According to a U.S. Pharmacopoeia listing from 1880 to 1882, wild carrot seeds were used as a diuretic, stimulant, and menstrual excitant. As a folk medicine, seeds have also been used as an aphrodisiac and a contraceptive, as well as a treatment for chronic dysentery and kidney ailments.

The Mohegan Indians steeped the flowers to produce a treatment for diabetes and Crow Indians used the plant in ceremonial activities.

The genus name comes from the Latin word “scabies”, meaning “the itch” because the plants were believed to cure scabies, a highly contagious parasitic skin infection caused by a mite.

Scabiosa is also commonly called the pincushion flower because the round, prominent stamens in the centre of the round blossoms look like pins in a pincushion.
These nectar-rich flowers are known to attract butterflies and will bloom all season. They are drought-tolerant once they are established and will bloom from spring until frost.

The name “elephant garlic” refers to the fact that its bulb looks like a huge clove of garlic. Botanically speaking, elephant garlic is not true garlic and it is actually a type of leek. It possess a much milder flavour than traditional garlic and its lovely when roasted and baked. It is a self-seeding plant and easily produces dense clumps of new plants around the “mother” plant.

A fast growing climber, Honeysuckle is a true delight. Its pink flowers and unmistakable sweet scent invite passer-byers to stop and take a moment to breathe in the bounties of Spring.

The flowers are followed by bunches of red berries which ripen in Autumn and are often eaten by wild birds during the winter months.

Anchusa azurea is a tall perennial plant and one of the few flowering plants that produce truly blue blooms. The genus name, “anchusa,” comes from the Greek word “ankousa,” which is the name of a root pigment that was once used cosmetically as a paint for staining skin a fashionable hue. Fresh anchusa flowers are not only edible but quite tasty and can be added to salads or used as a beautiful garnish. In Crete the locals eat the tender stems boiled, steamed or fried.