Home / THE WILD SIDE OF PARADISE PART II

THE WILD SIDE OF PARADISE PART II 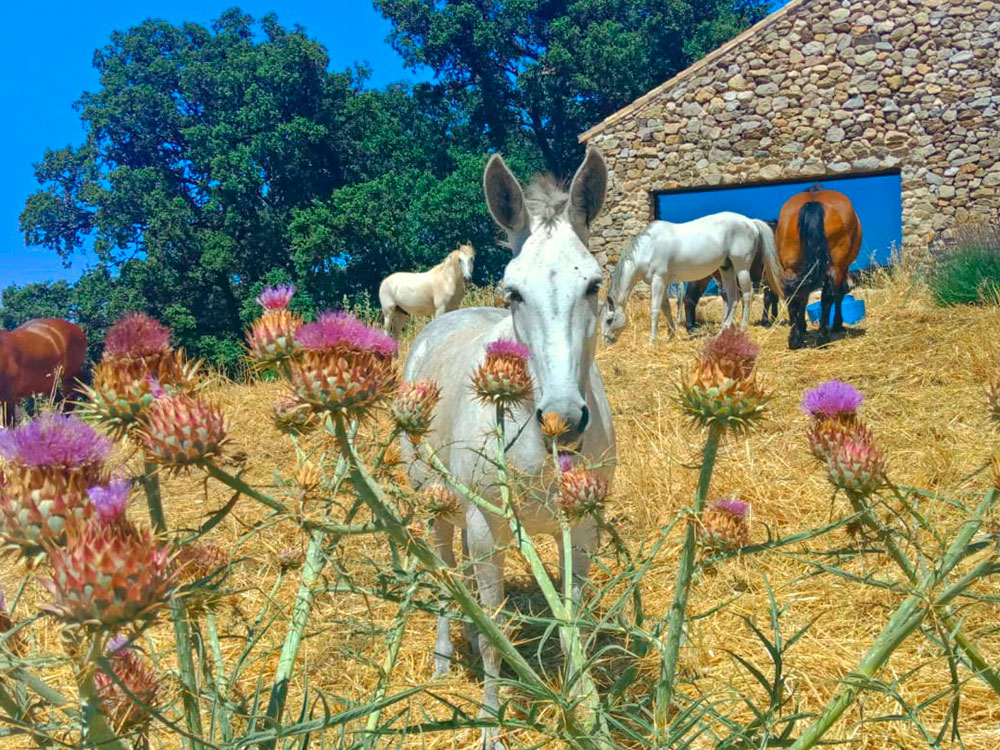 “To see a World in a Grain of Sand

And a Heaven in a Wild Flower,

Hold Infinity in the palm of your hand

And Eternity in an hour”

The art of seeing nature as it is, learning to observe and removing the blinders with which we rush through the world and taking things in as they really are is a very powerful gift we can give to ourselves. Flowers with their diverse beauty can be great teachers in slowing us down and reminding us that happiness lives in the smallest of things.

May the following flowers bring you some joy and remind you to pay a little bit more attention to the natural wonders and everyday miracles happening around you.

Originally a native of Southern Europe through to Asia, it is now found throughout the world.

Locals in our area eat the spiny bracts on the flower head like globe artichoke, and the stems (after peeling) are soaked overnight to remove bitterness and then stewed. Lastly, the leaves are trimmed of prickles and boiled as a spinach substitute or they are added raw to salads.

It has traditionally been used to treat liver and gallbladder disorders with great success.

The Celtic and Germanic peoples are believed to have eaten black salsify, which was considered efficacious against the bubonic plague and snake bites until the 16th century. The plant was being cultivated as a vegetable in Italy and France by 1660 and, soon after, the Belgians were growing vast fields of it. Today, Belgium, France, and The Netherlands are the world’s largest producers of black salsify, and significant amounts are also produced in Germany.

A root vegetable belonging to the dandelion family, salsify is also known as the oyster plant because of its oystery taste when cooked. The root is similar in appearance to a long, thin parsnip, with creamy white flesh and a thick skin.Yellow Anacyclus, Anacyclus radiatus

Locals here call it “manzanilla loca” which translates to “crazy chamomile” because the two are easily confused. It is a flower from the Daisy family and flowers from April to July. Found in the Mediterranean region; here in La Donaira it covers vast fields and defines the landscape during this season.

Small evergreen shrub native to North Africa and the South of the Iberian Peninsula. It is a perennial plant noted for its silvery gray, velvety foliage that looks a bit like sage leaves. In fact, that’s how it got its common name, but it is not a sage. In mid Spring the stalks are topped with whorls of lilac hooded flowers that give off a sweet floral aroma.

“Giant” is no exaggeration as this stunning and spectacular plant from the Mediterranean has been known to reach 15 feet in height in flower.  Despite the name, the plant is not a type of fennel proper, which belongs to another genus. Because the stems become hard and woody after dying it is believed it could have been used as the original Olympic torch! Other sources claim that the stems were used by Prometheus when he stole fire from the gods on Mount Olympus and gave it to humans.

One of the most beautiful signs of approaching summer is the sight of the dog rose beginning to flower. In autumn bright red hips can be seen as flashes of colour among the leafless stems of this scrambling shrub. The dog rose does have a rich history to share, as its medical uses date back to the time of Hippocrates. The roots, foliage, blooms and hips were used in various prescriptions. The name was attributed to a belief many years ago that the root could be used to cure the bite of a mad (rabid) dog. During World War II, Britain could not import citrus fruits, so the government encouraged the gathering up of the dog rose hips as a source of Vitamin C, thus used to treat vitamin C deficiency. Rose hips can be made into jams, syrups and tea.

If you look closely enough you will spot this stunning creeper.  It forms dense mats in sandy places and can be found along tracks. Its flowers are rather curious and papery in appearance and they have sepals but no petals. It occurs extensively in the western and central Mediterranean region, in Spain and also in Crete and North Africa. Locals here call it “nevadilla” which translates as “little snow” because of the silvery white color of its flowers, which resembles snow on the surface. It is used widely as a herbal tea to treat various ailments.

Native to the Mediterranean, it has spread throughout Asia and is even found in the Americas. It is grown as an ornamental for the yellow or bi-coloured yellow and white flowers. Alternatively the leaves are used as edible greens particularly in Asian dishes hence the common name Chop-Suey Greens. This plant has raw edible leaves and flowers, and the whole plant has a very distinctive aromatic flavour rich in vitamins and minerals, particularly potassium. Older leaves and the centre of the flower may be a little bitter so I suggest double checking before picking.

Saving my favourite for last, the Nigella hispanica is native to Spain and an annual herb that grows up to 30cm tall. It has the most spectacular flowers of the nigella family, with deep purple-blue petals and crimson seed pods. Once the flowers are spent, the seed pods swell up into unusual and ornamental balloons. Both flowers and seed pods are commonly used in flower arrangements in the U.K. and U.S.A