Home / FROM BEEKEEPER TO BEELOVER: An interview with Jonathan Powell, Part 1

FROM BEEKEEPER TO BEELOVER: An interview with Jonathan Powell, Part 1 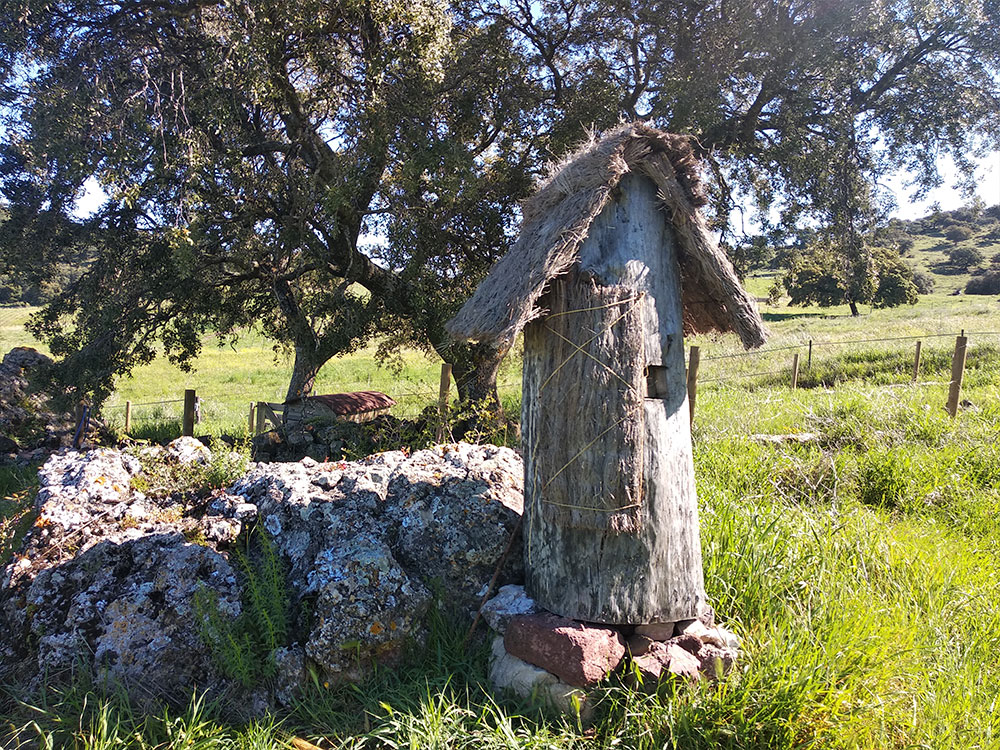 “Sometimes a man must go alone into the forest and die into its heart, so he can bring back the forgotten pieces of this world”, Daverick Leggett, The Bright Burning

Jonathan Powell, trustee of the Natural Beekeeping Trust and chairperson of the first international Learning From the Bees conference, held in 2018, for which La Donaira was a proud sponsor. Jonathan is leading the bee rewilding conservation project at the farm, and we took some time during his last visit to sit down and discuss the fascinating life journey that brought him to the point he is today. We are happy to publish the first part of a long-form conversation roving wide and deep across several dimensions. The interview begins in media res, as he was ending a phone conversation with his family.

You were speaking to your son about a greek farmer and a famous scientist?

I was speaking to my wife about a Greek farmer while my son was jutting in with pictures that he was doing of circles and squares and triangles. It was a sweet conversation. I was discussing working with you and Vicky and spirituality in beekeeping. It reminded me of this book called Honey and Dust by Piers Moore Ede, where a young Piers travels around the world to find out about bees after a life changing car accident. He goes around Europe, Syria, India, Australia and he added to his list of people to talk to Eva Crane [since deceased], a very famous bee scientist from the UK. He went around her house, and very typically English, had a cup of tea with her. He asked Eva:

“What do you think about spirituality and bees?” and she just dismissed it in a very English way: “Poppycock! I’m afraid my dear. A good beekeeper is someone who has achieved a sound scientific knowledge of the job”.

He left that meeting completely deflated, his heart had sunk because his quest was just numbers and processes and science to her. After that he went to Greece and he met a wonderful organic farmer on a hill side he had turned into Eden. He kept bees, and as he worked with the bees he asked him:

“Do you feel like a god when you are working with your bees?”, and the farmer looked at him with a glint and a smile and said: “Simpler than that. We feel like there is a God”.

When I was working with the bees and explaining them to you yesterday, all the time I was thinking: “yeah, I want to live in the word of the farmer, the peasant farmer, who feels the experience of spirituality when he works with the bees”.

We have in this world a strange situation where we´ve gone from a period of, innate spirituality and enlightenment to help us understand the world, to one where more and more, science has replaced it.  It has taken over from the great mystical story tellers that you used to get in Ireland and the church, and now we have almost completely gone from spiritual enlightenment to a world where we have almost instant access to knowledge backed by science – I will make up a word for it “from enlightenment to electronment”.

What has happened is that for a large amount of the population, their lives have moved away from the mystery and the spirituality that the greek organic farmer knew, and we have moved to a colder world of electronic entertainment, jobs in dull offices, processes and things.  Even our arts and story writing has been tinged by the language of science and we´ve lost those magical stories. It’s not entirely lost but I´m saying it is for a lot of people – this is why people often feel deflated and do not have the joy of the greek farmer.

If you take people away from those environments which are controlled by the internet, by the TV, by the media and instead go into the hills, walk amongst the forests and the flowers and if you then place your hand on a hive to feel the experience of the bee world, in that time, in that place, with that wind, with those noises, with those trees, you can then use your imagination to merge into the world of the bee. You see yourself with the bees – merged in that second – no us, no them. If you do that then you go beyond the language of science which simply reduces the hive into a number of boxes, cell dimensions, properties, casts or developmental stages. You get into a different language; it is a diminished language – that feeling, that emotional experience, a natural language, a nature language a nurturing language.

Coming here allows me time to get away from the airport, the driving, the job, the internet of things, and experience this quiet language. That´s the value of places like this. – Sorry long answer to a simple question!