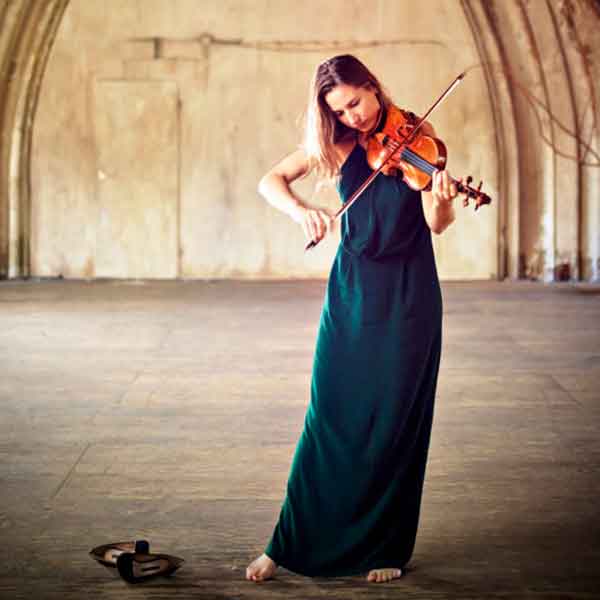 Rosanne Philippens will perform the Verklaerte Nachtby the famous Austrian composer Arnold Schoenberg with a sextet. Both concerts are designed to take you on a musical voyage during our magical summer nights. From Bach to Schoenberg, a journey from the Baroque, through the romantic and finally to the modern period.

Rosanne’s open and communicative style of performance won her first prizes at competitions such as the Dutch National Violin Competition (Amsterdam Concertgebouw 2009) and the Freiburg International Violin Competition (2014). The violinist started playing at the age of three and later studied with the famous violin pedagogue Coosje Wijzenbeek, continuing her studies with Vera Beths at the Royal Conservatory in The Hague, and with Ulf Wallin in Berlin.

She also likes to perform in more relaxed settings, such as in an old Amsterdam antique shop, where she organized her concert series called “The Amsterdam Salon” with musician friends from around the world and an evening session for artists. Her expressive style not only has a place in theatres but as she says “my aim in a concert hall or in any other place where you can listen to music, is to awaken a feeling of togetherness. This is what makes music so essential: that wordless power of expression that brings people together.”

Tickets are € 30 including drinks and shuttle transport from La Posada (Calle La Fuentes, 49), El Gastor. Tickets can be paid for at La Posada on the day, but due to limited availability, it is recommended to book in advance.